Everything you Need to Know about your Earwax

Home » Doctor's Blog » Everything you Need to Know about your Earwax 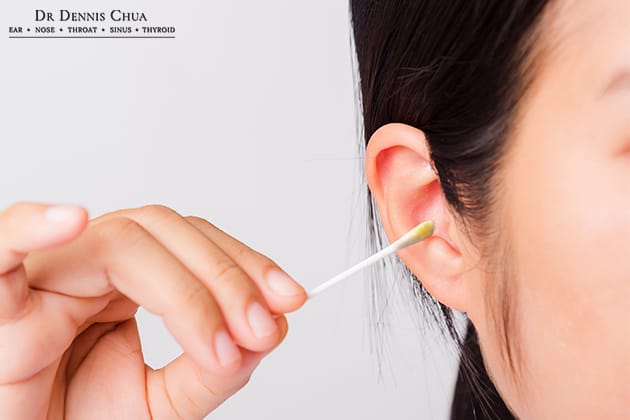 Often, the thought of earwax brings with it feelings of disgust and repulsiveness, leaving some people eager to go for ear wax removal in Singapore. Among all the substances our bodies produce, earwax is one of the most mysterious. Though a thorough exploration of earwax’s functions and properties have yet to be done, medical professionals are certain of its protective nature to our ears. Your earwax can say a lot about your health. From the colour, consistency and production amount, each of these elements has its own causes and effects. As such, let’s take a deep dive into earwax and what it signifies for your ear health.

Before we explore the different types of earwax, it is important to first understand what earwax is. Earwax, also known as cerumen, consists of oil, sweat, dirt and dead skin cells. Due to its sticky nature, it is effective in preventing foreign particles from penetrating deep into our ears. Earwax also functions as a sort of moisturiser that prevents our outer ear from becoming flaky and itchy, which helps to reduce the risk of infections and thus, visits to ENT clinics. Our ears being relatively self-regulatory allows earwax to be cleaned easily. The motion of us talking and chewing in combination with the shape of our ears enables earwax to move naturally up, to the outer area of our ear. 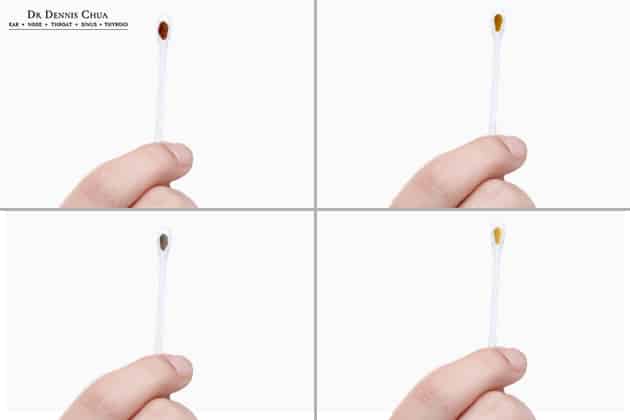 Earwax comes in different colours and each colour signifies something different. From yellow, to brown and even to black, here is what the colours mean and what they say about your health.

As earwax gets older, it acquires a dark brown or black colour from the dirt and bacteria it has accumulated. This colour of earwax is common in most adults. However, though black earwax may not imply any problems, do be cautious as it can also be a sign of wax build up or impacted earwax, rendering the need for ear wax removal.

Light brown, orange or yellow earwax is healthy and normal. This suggests fresh earwax and is common in most children.

White or grey earwax are dry and tend to come out in flakes. In some cases, it can be associated with infection or eczema. Should you experience this type of earwax with itchiness, inflammation and pain, then do consult a doctor.

A yellow to green earwax colour is indicative of pus in your ear canal. This could be a symptom of ear infection and may require you to visit an ENT clinic in Singapore. 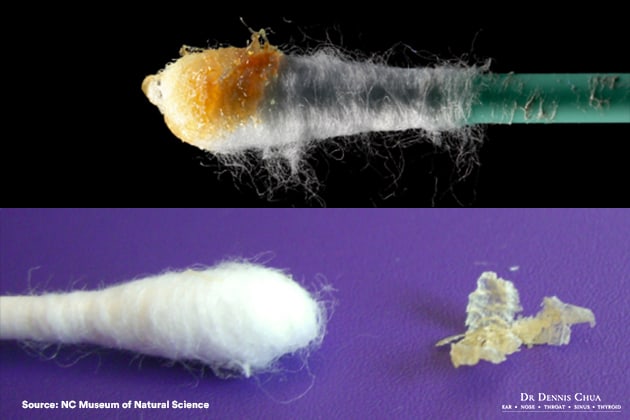 The colour of your earwax is but just one of the many indicators of your ear health. The consistency of your earwax should be taken into consideration as well. The two main earwax consistencies are dry earwax and wet earwax.

Dry and flaky earwax is most prevalent within the East Asian region. Surprisingly this type of earwax correlates to a lack of body odour producing chemical as earwax type and body odour rely on the same genetic code! Since healthy, dry earwax falls out of the ear easily as compared to wet earwax, ear infections are better prevented. With that being said, cleaning and earwax removal is still crucial as build up can still occur over time leading to a blockage.

While dry and flaky earwax is most prominent in the East Asian region, wet earwax finds itself in most Caucasians and Africans. The same genetic code responsible for sticky, wet earwax is also found in those with body odour. An earwax blockage is more likely to occur with wet earwax. As the most common ear problem worldwide, studies reveal that 2-6% of the UK population suffer from earwax impaction, with an estimated 8 million earwax removal procedures performed annually.

As long as you maintain a healthy diet and hygiene, there is no cause for concern of how much earwax you produce. This is because your body knows how to regulate earwax production. Without any intervention, your ears can naturally rid themselves of excess earwax, dirt, and debris. Nonetheless, this does not mean you should remain passive about cleaning your ears. Earwax removal should still be conducted when necessary.

While your body knows how to regulate earwax production, take note that certain factors can cause an acceleration including stress, fear, chronic ear infections, osteomata (abnormally-formed ear canals) and old age.

Now, with a better understanding of earwax and what the different types of earwax means, take a look at your earwax before disposing of it. It can be a useful gauge of when you might need to visit an ENT clinic.

ENT Surgeons is an ENT clinic in Singapore with a range of solutions to help treat any ENT-related conditions. Contact us today for more information.