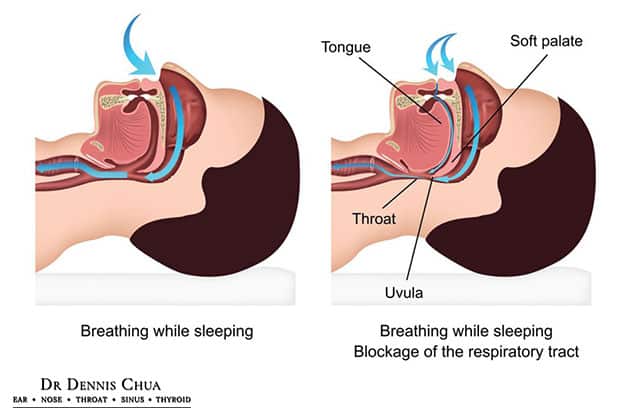 Has your breathing or a lack thereof interrupted your sleep multiple times throughout the night? Do you often wake up feeling tired, as if you barely slept at all the night before? If so, chances are you might have sleep apnea. Sleep apnea occurs when breathing stops and starts repeatedly during sleep. Patients often stop breathing hundreds of times during the night, which causes snoring and daytime tiredness even after a full night’s sleep.

Without proper treatment, sleep apnea in Singapore can result in serious consequences, including heart problems and high blood pressure. According to local studies, it is estimated that about 15% of Singapore’s population is afflicted with sleep apnea. So, what exactly are the causes of this condition and how can they be treated?

A blockage of the airway during sleep causes obstructive sleep apnea. Such blockages can be caused by a number of factors:

Obstructive sleep apnea is common in overweight individuals, and may be a contributing factor in as many as 60% of cases. During excessive weight gain, pharyngeal fat develops in the neck, which causes the upper airway to become blocked even when it is relaxed. Moreover, obesity can also cause a person's chest wall to be compressed, reducing lung volume. This increases the likelihood of the upper airway collapsing during sleep. In fact, studies have found that a 10% increase in weight can result in a six-fold increase in obstructive sleep apnea risk.

Smoking can affect the nose and throat, causing swelling and reducing airflow. When your throat tissue becomes irritated and swollen, breathing is negatively impacted, leading to obstructive sleep apnea. Smoking increases obstructive sleep apnea risk and severity for many reasons. Firstly, it disrupts your sleep cycle, secondly, it damages upper airway muscle function and last but not least, it can inflame or increase mucus congestion in the upper airway. Smoking and sleep apnea each affect your breathing in different ways, but combined, their negative effects are multiplied. 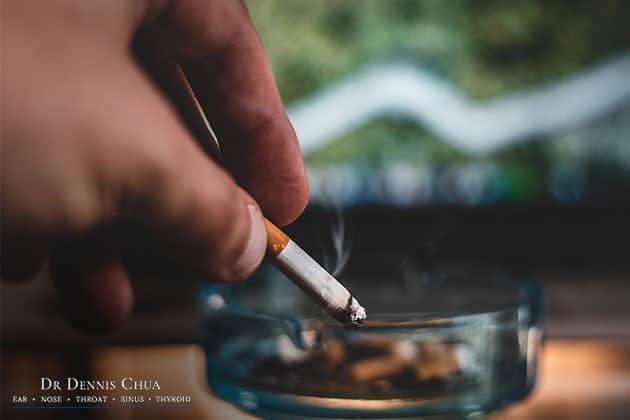 Though many are unaware, the structure of your facial features, from your nose, jaw and neck can contribute to sleep apnea. This is because face structure influences how air passes through your airways. For instance a deviated septum is more likely to block the flow of air, and retrognathia, a condition in which the lower jaw is set much further back than the upper jaw plays a role as well. In addition, your tongue, tonsils and other tissues near the back of your throat may also directly affect airflow and hence, increase sleep apnea risks.

To properly diagnose your sleep apnea condition, a polysomnogram (PSG) may be conducted by your doctor or ENT specialist. During the test, a variety of body functions are monitored, including brain activity, eye movement, muscle movement, heart rate, breathing patterns, air flow, and blood oxygen levels. In this way, the doctor can monitor the frequency of breathing obstruction and determine the severity of the patient’s sleep apnea condition.

With regards to sleep apnea treatment in Singapore, there is no one size fits all solution. Each patient’s condition is different and therefore, requires the appropriate treatment that is most suitable for them. One of the more common treatment options is the use of a continuous positive airway pressure (CPAP) every night. By pushing air into the airways, these devices help keep the airways open while sleeping. 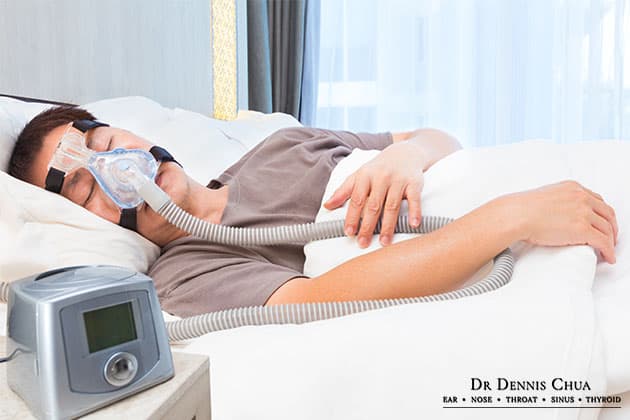 For those who experience severe sleep apnea, or whose anatomical features are a contributing factor, going for surgery is a viable sleep apnea treatment option. For example, rhinoplasty or surgeries that remove excess tissues and expand the airways have been shown to aid in sleep apnea conditions.

Ultimately, the causes and treatments of sleep apnea vary from individual to individual. Should you show symptoms of having sleep apnea, visit an ENT specialist in advance to get the treatment you require.

Dr Dennis Chua is an ENT specialist in Singapore, with medical experience in ear, nose and throat conditions including sleep apnea. Contact us today for more information!